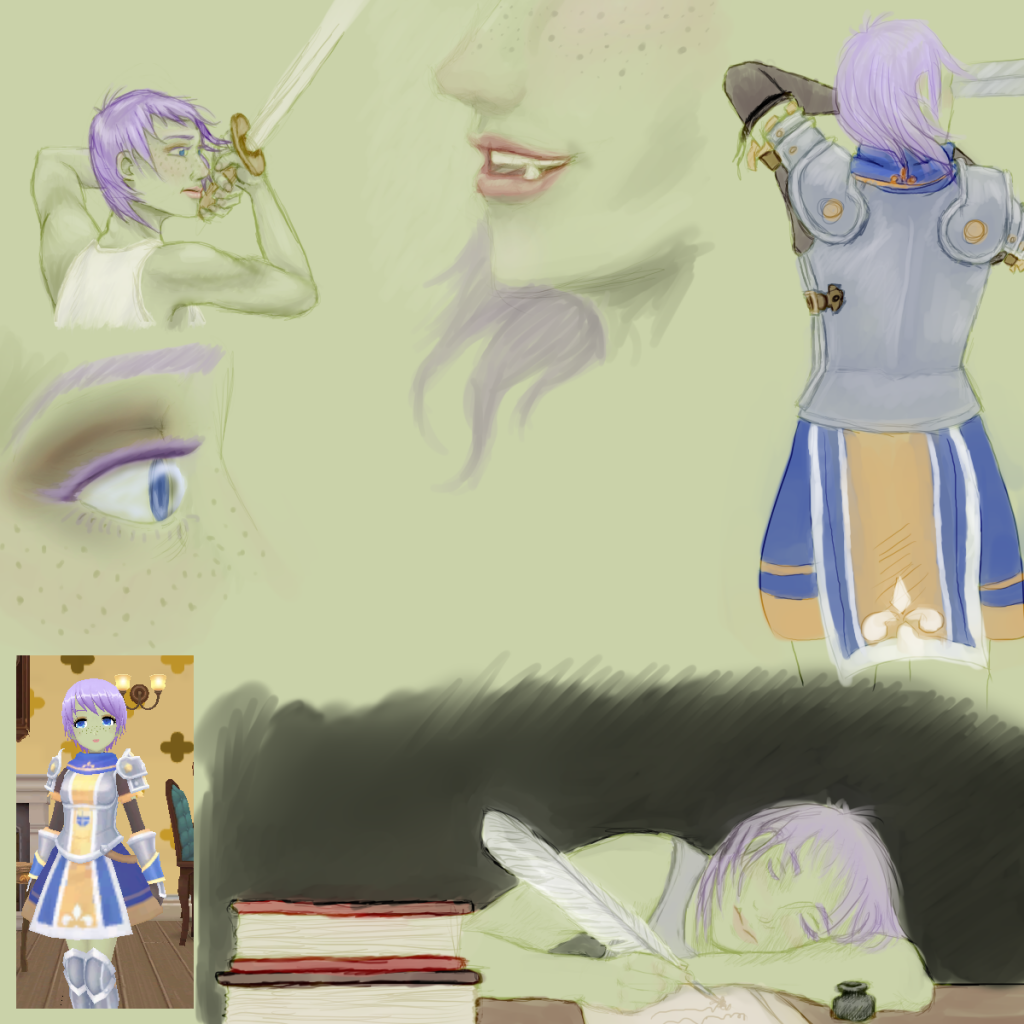 I’ve recently picked up the latest Princess Maker game. I’m really excited to be able to get quick and easy access to a Princess Maker game for the first time since I encountered the series. The age of mobile games has increased the accessibility of games in a really extraordinary way. Even though Princess Maker for Kakao is available on the american android store, it is still written and voiced in it’s original Korean. And despite not knowing Korean I am really enjoying it! There is very very little English in the game, and it’s been a heck of a trial and error experience figuring things out. But between a solid tutorial, and my friend Google Translate, the game is actually playable.

That being said I plan on sharing my screenshots and gimpy terribad translations pretty soon here. If I’d had any translated menus to reference I would have had a much easier time getting into the game. I’m also working on capturing as many of the special event conversations that I can to get at least rough translations so that I can figure out the topics being discussed at least. Without those story parts of the game translated it’s like playing half a game. But that half of a game is really fun! I adore the adventure dungeon delve sections of the game; also figuring out how to increase my character’s stats without stressing her out or losing too much money is a very compelling puzzle for me.

So until I’ve got my little guide finished, I hope you enjoy the doodles.

is the webadmin here at The Crooked Thimble. She and Trick are keeping the Crooked Thimble name alive over on Patreon. Their projects range from bi-weekly art livestreams, to small unity games. "Spreadsheets and SQL are Magic and when I use them I feel like a damn wizard!"
View all posts by Brianalana →
Tagged  Princess Maker, projects.
Bookmark the permalink.